Feel the power of a massive gaming experience 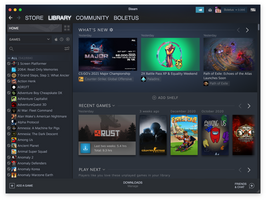 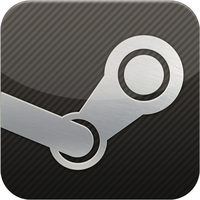 Advertisement
Steam is the program you need to join this wonderful gaming community, yes Steam is both the platform and the community. A very good application that keeps you up to date about games, events and more.

Steam is used as meeting point for millions of gamers all around the world and they play excellent online games on exclusive servers such as Call of Duty, Painkiller Overdose, Unreal, Dawn of War, Left 4 Dead,...

The perfect place for your online gaming experience. When you run Steam you will access an interface where you will see the latest news about games, new games and the latest updates, of course you will access exclusive demos, trials and special prices, it is amazing.

Some videogames for Mac only run under Steam, that's a good reason to install it. If you are a gamer, Steam is a must have in your Mac.
By Álvaro Toledo
How to play your Steam library on Android

Steam Link is a little device released by Valve in 2015 that lets you send content from your PC to a television connected to the same WiFi network to play videogames on the platform. Now the time has finally come for the official Steam Link app. It doesn't require any external hardware aside from a device with Android 5.0 or higher, and you can even install it on Android TV. Read on to find out how to set it up and start playing.
See more

It was only a matter of time before Steam considered the possibility of expanding its services to Android. While we patiently await the moment when they directly offer mobile apps in their catalog, we have the option of streaming: Valve just announced that on May 21st, they're going to release the official Steam Link app for Android and iOS, which will allow us to enjoy the Steam catalog on any mobile device.
See more

Get ready for Black Friday deals with these apps

Black Friday has become a global institution over the past few years. This shopping holiday started in the United States but has now massively globalized. Loads of stores now take part in it, starting the day after Thanksgiving and even carrying on through the week after. We know that preparing for Black Friday can get chaotic, what with all the stores and deals available. A real mess. That's why we've picked out several Android apps to make your life simpler on Black Friday.
See more

Yes! I've been waiting for Steam for Mac for a long time. Games run perfectly and they usually offer the newest games. I hope they release CoD: Modern Warfare II for Mac soon. Amazing!

Good deals although the catalog for mac has yet to improve.

Dec 26th, 2014 How to broadcast your games live with Steam

Jul 8th, 2014 How to install skins on Steam to change its look